Mr. Velasquez has extensive experience handling aviation claims and aviation litigation both in the United States, South and Central America, Europe and Africa.

Among the multiple types of accidents that give rise to personal injury and/or wrongful death claims, aviation accidents present some of the more complex and sophisticated legal scenarios. One of our partners, Carlos Velasquez, a Florida Bar designated Board Certified Civil Trial Attorney, has practiced in the area of aviation accidents during his legal career. Mr. Velasquez has extensive experience handling aviation claims and aviation litigation in the United States, South and Central America, Europe and Africa.

Mr. Velasquez played a prominent role in the development of aviation jurisprudence over the past thirty years. Mr. Velasquez has appeared before Federal and State courts in various states, argued aggressively on issues concerning jurisdiction and forum non-conveniens, and participated as a member of multi-district litigation committees in aviation litigation matters. Mr. Velasquez’s experience was recognized as early as 1995 when he was appointed by Federal District Judge Stanley A. Marcus to serve on the Multi-District Litigation Committee overseeing the Plaintiffs’ prosecution of the American Airlines crash of December 20, 1995. 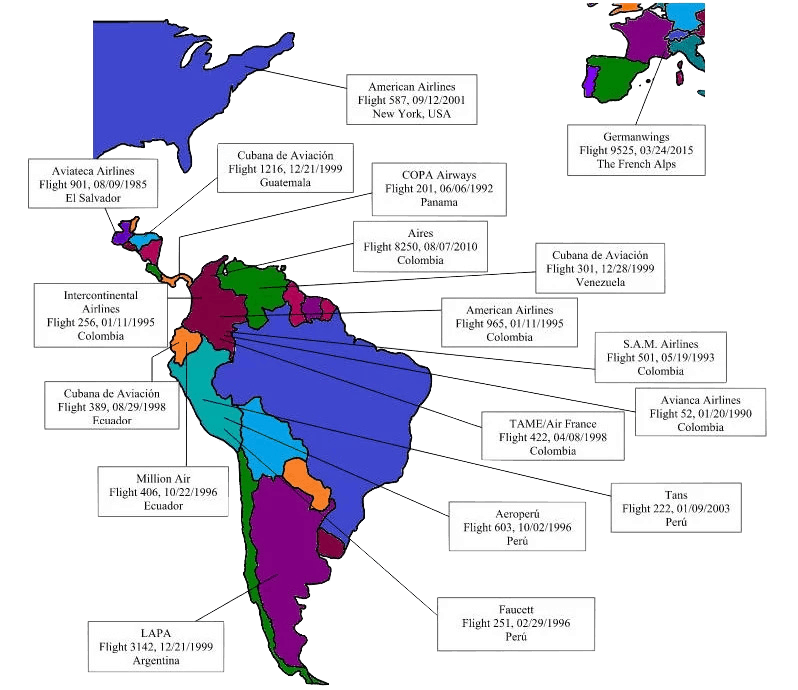 Awarded to parents of a 31 year old single female who perished on board American Airline airplane that crashed against a mountain range near Cali, Colombia. Federal Southern District Court of Florida.

Settlement for a 53 year old helicopter pilot who sustained fracture of T-12 shattering of L-1 disc, loss of sensitivity to both legs, partial paraplegia resulting from a helicopter crash, sudden loss of power and fire near Canton-Calorama, Ecuador, South America.