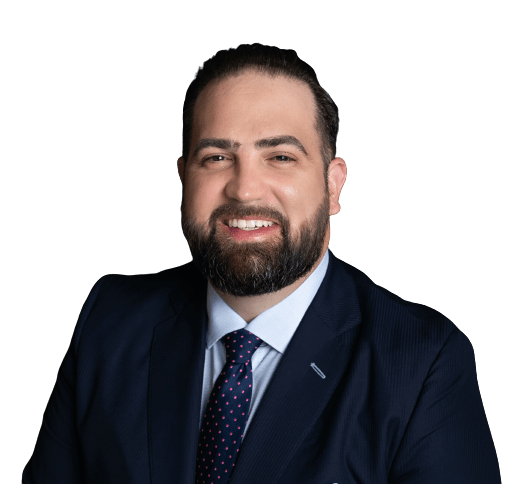 Mr. Soler has dedicated his career to helping those who have been injured as a result of another’s negligence. Born and raised in Miami, Florida, Mr. Soler graduated from Florida International University with a major in Criminal Justice and Minor in Public Administration. While earning his college degree, he served as an intern at the Miami-Dade State Attorney’s Office, where he gained invaluable insight into the justice process. Mr. Soler then attended Nova Southeastern University, Shepard Broad College of Law.

While a student at the Shepard Broad College of Law, Mr. Soler served as President of the Hispanic Law Student Association and was one of the founders that helped establish a scholarship fund for incoming students. Mr. Soler was also a Law Student Advisor and recipient of the 2011 Rebecca Knox Public Interest Law Fellowship, serving over 400 hours of community work. As part of his education, Mr. Soler studied abroad at the China University of Political Science and Law, and the University of Barcelona Facultat de Dret, where he participated in the dual degree program offered by Nova. Mr. Soler graduated in May of 2013 with a concentration in International Legal Practice and was admitted to the Florida Bar in September of 2013.

​Prior to joining our firm in October of 2013, Mr. Soler worked at Legal Aid of Broward County, and clerked for the Honorable Judge Thomas M. Lynch, IV, at the 17th Judicial Circuit Court of the State of Florida. Mr. Soler has also been selected to the Super Lawyer Florida Rising Star List, an honor reserved for attorneys who demonstrate excellence in their practice where only 2.5% of lawyers receive this distinction. Mr. Soler practices primarily in the areas of personal injury and workers’ compensation. Mr. Soler is also fluent in Spanish. Currently, Mr. Soler resides in Parkland, Florida with his wife and son.